UK - European distributor, supplier and specialist repairer of FANUC CNC Parts. OEM brand names and trademarks featured are the property of their respective authorised owners and for descriptive purposes only.

You are here: Home » Fanuc 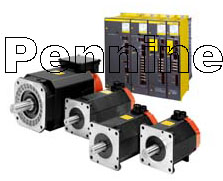 FANUC is an acronym for Factory automation numerical control

FANUC is a group of companies, principally FANUC Corporation of Japan,

Provide automation products and services such as robotics and computer numerical control systems.

FANUC is one of the largest makers of industrial robots in the world.

FANUC had its beginnings as part of Fujitsu developing early numerical control (NC) and servo systems.

In 1972, the Computing Control Division became independent and FANUC Ltd was established.

FANUC has joint ventures, subsidiaries, and sales offices on 5 continents and over 22 countries also uk.

It is one of the largest makers of CNC controls by market share and is the leading global manufacturer of factory automation systems.

FANUC's businesses were founded in 1956 when it started to develop numerical controls (NCs) and servo systems.

Since its founding, FANUK has always emphasized research and development in its management.

Today, FANUC is the leading global manufacturer of factory automation, with more than 2.4 million CNCs and 250.000 yellow industrial robots installed worldwide. The company is stronger than ever.

Each generation of FANUK numerical control system has different levels of device control capabilities, and these are generally referred to by a model or series number.

Within each model name, there can also be generational updates for each model, usually indicated by a trailing letter.

Model 0 is somewhat unusual in that both the number zero and the letter O are used interchangeably to indicate the model.

There is no specific syntax for distinguishing the model from the device type and series, with spaces or dashes or slashes, which can result in difficulty searching for information, fanuc parts, and service for this equipment. For example, in the FANUC-0 series, these are all valid identifications for various types of NC controls and machines

One-third of FANUC Japan employees in research and development of FANUC’s leading-edge products.

All FANUC products are developed and produced in Japan. This is possible thanks to the full robotizzation and automation of the production lines.

FANUC incorporates broad robotization into all manufacturing activities, with more than 1,000 robots now operating at FANUC factories. FANUC is also rapidly installing intelligent robots to enhance the efficiency of its machining and assembly processes, promoting the increased technical and financial benefits of advanced automation at its own factories. By making the most of its vast experience in using its latest advanced products at its own production facilities, FANUC has demonstrated that automation and robotization bring high efficiency and cost reductions to manufacturing and production processes.

FANUC’s Business is structured around 3 branches:

Fanuc Group is worldwide established. As main overseas companies, the group has 14 companies in Asia, 4 in Americas, 21 in Europe (including Russia) and 1 in South Africa.

In 2009, FANUC Group is the 308th largest company in the world according to the global ranking list of the 500 world’s biggest companies published by the Financial Times, and which ranks the companies by market capitalization. xml